Welcome! This website will share the travel experiences of Nate, Sarah and Brady as we drive along the Pan-American Highway- from Maine to Ushuaia, Argentina. In the summer of 2012, we will leave our jobs, pack our truck and head out on the adventure of a lifetime. We hope you enjoy following along!
Home   /   So Long Sayulita 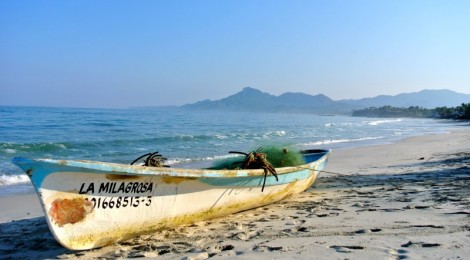 After leaving Mazatlan we were on the hunt for some quality beach time! The closest beaches to us were south toward the town of San Blas.  Rumors have been floating around of an interesting old town that had a little bit of a bug problem but we figured how bad could it be?  Strolling into town, the crowded streets were packed with taco stands serving typical street food such as tacos de pescado and our newfound favorite, tortas.  The food served out of their makeshift taco stands in the back of their trucks is unbelievable.  After binge eating at one particular stand, we headed back to our campsite.  Little did we know that the next 14 hours would be some of the worst ever experienced.  We tried everything to get away from the pesky biting little devils.  Suffocating ourselves in the back of the truck so that they would not fly through the screen didn’t work as it was close to 90 degrees that day.  Once we gave in and opened the windows, we spent the rest of the night dousing ourselves in bug spray; we even tried spraying the screens so that they would not fly through the holes!  You can imagine being huddled under a down comforter for the rest of the night to evade the bugs made for a sleepless night.  The no-se-ums in San Blas can only be described as the spawn of Satan! 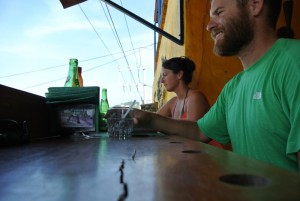 Once the sun broke we got the hell out of there!  Next stop, the lovely town of Sayulita.  Our initial impressions were not good, in fact we despised the town in the beginning.  At first glance, it seems like an over priced, gringo laden tourist trap.  Cruising around town looking for a place to camp, we spotted the Sayulita Trailer Park.  Some overlanding acquaintances had mentioned the park with good reviews.  Although a little on the expensive side for our tastes, the park has a beautiful spot right on the water with hot showers and free wifi. 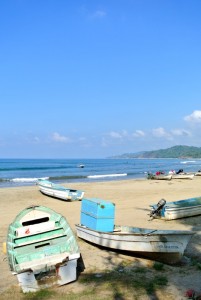 We met some incredible people in the trailer park… several couples the same age as us as well as an older generation, all traveling throughout Mexico.  Sayulita has a little bit of everything from high end resorts to tiny little taco stands, to a farmers market on Friday mornings.  They have all types of restaurants offering up delicious food.  We visited the Public House for delicious beers and the best mushroom swiss burger we have ever had!  The beach is a beautiful cove with white sandy beaches and lots of surfers, fisherman and salesman trying to sell you a variety of goods.

We spent quite a bit of time with our new friends Tanner and Bryn (http://thestelladream.blogspot.com) from British Columbia and their friend Billy.  The five of us spent the days surfing, eating fresh coconuts from the trees in the park or trying out the slack line.

The evenings were spent browsing the local cuisine or making some delicious tacos at camp with blind tequila tastings and lots of laughs, mostly at Sarah and Bryn’s quirkiness.  We really enjoyed hanging out with them, it felt like we had known them forever and we were sad to say goodbye.

In total we were in Sayulita for almost two weeks despite our failed attempt to leave after four days.  But finally it was time to say our goodbyes and move on…next stop Guanajuato! 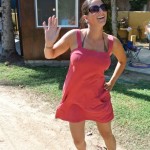 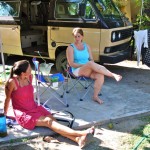 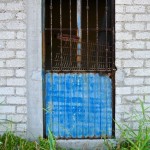 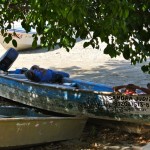 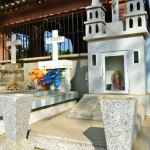 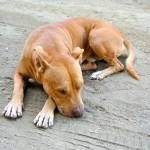 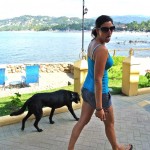 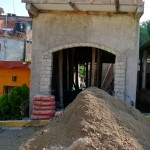 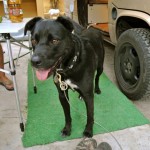 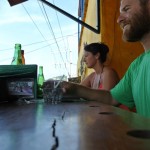 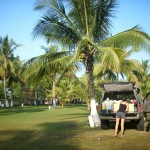 Leave a Reply to robin Click here to cancel reply.